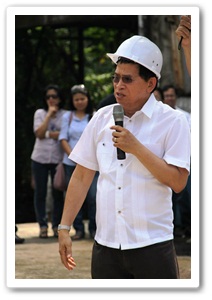 “The earth belongs to the Lord and the fullness thereof!” This was Bro. Eddie’s declaration during the groundbreaking ceremony of the construction of the establishments owned by JIL Church Worldwide. The groundbreaking ceremony held last October 8, 2012 was spearheaded by Bro. Eddie Villanueva and witnessed by hundreds of pastors from Central, National, and International Operations of JIL Church Worldwide.

The first groundbreaking ceremony was held at JIL Cornerstone West, a 1,700 sq. m. lot acquired by JIL Church at Ludvico cor. Bilibid Viejo St., Quiapo, Metro Manila. Claimed to be located at the heart of University Belt, this church will focus to evangelize and disciple the young people of this generation. In Bro. Eddie’s prophetic prayer, he declared, “In this place will arise the new generation of leaders and pastors.” The church will be filled with facilities such as the worship hall, commercial spaces, lobby, library and other amenities designed to cater the youth. “Naniniwala ako na gagamitin ng Lord ang lugar na ito para i-transform ang mga kabataan na siyang magta-transform ng ating lugar (I believe that the Lord will use this place to transform the young people who will transform our community),” says Ptra. Cora Tabucal, the church pastor of JIL University Belt. 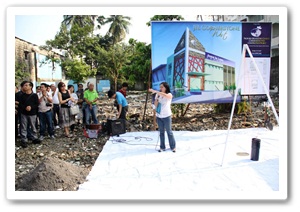 After this, the convoy of pastors headed towards Balintawak to witness the groundbreaking ceremony of JIL Cornerstone Central. The place is a 6,400 sq. m. lot area. Located at the corner of EDSA and start of North Luzon Expressway (NLEX) and almost along Edsa/Balintawak road, it is claimed as the most strategic place acquired by JIL Church Worldwide. On this location will rise a 12-storey building with a 5,000 seating capacity worship hall. During the ceremony, Bro. Eddie shared how the JIL Church Worldwide, the church without roof, focused on building the people and the spiritual church for the past 34 years. He emphasized that this is now the moment to build the physical church to bring more glory to God. 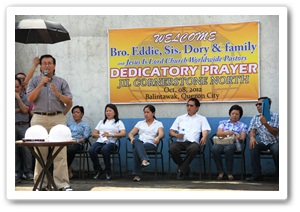 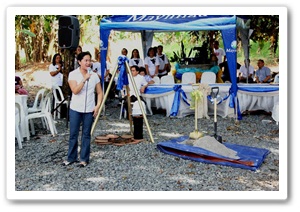 After this, they travelled towards JIL Praise Valley Camp Site at Norzagaray, Bulacan.

At the place, the JIL pastors were filled with the Holy Spirit as they reminisced the memories at the camp site. “Kung may isa pong lugar na maraming nabago ang buhay, ito po yung Camp Praise Valley (If there is one place where many lives were transformed, it is here in Camp Praise Valley).” says Ptr. Joey Joey Crisostomo. The JIL leadership camps, children’s camps, youth camps, and worship camps at JIL Praise Valley started in the year 1986 and were putted off on year 2004 as plans for renovation are intended for the site. The camp site which was only two hectares last 2004 has already expanded to 19 hectares. On its renovation, a large amphitheatre will rise with 6,000 seating capacity, and three medium-rise condominium buildings wherein the campers will be accommodated. 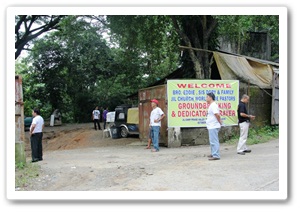 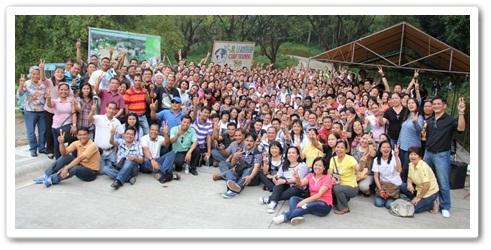 The groundbreaking ceremonies were concluded by a thanksgiving dinner fellowship at JIL Prayer Garden at Bunlo, Bocaue, Bulacan.

View the complete set of the Ground-breaking Ceremony pictures here.