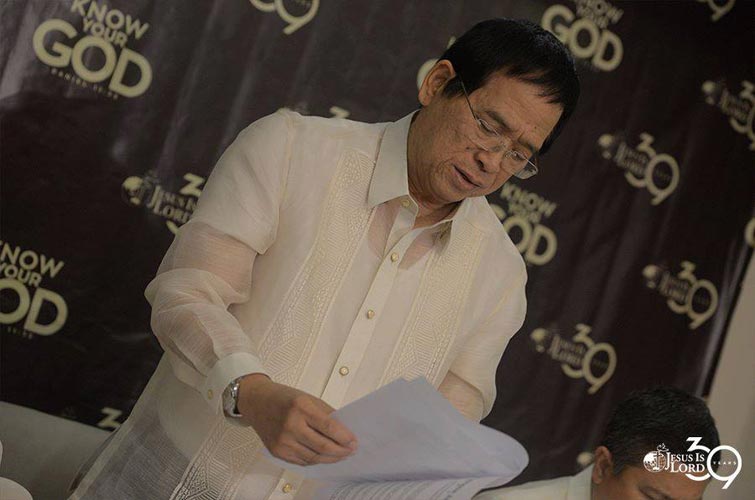 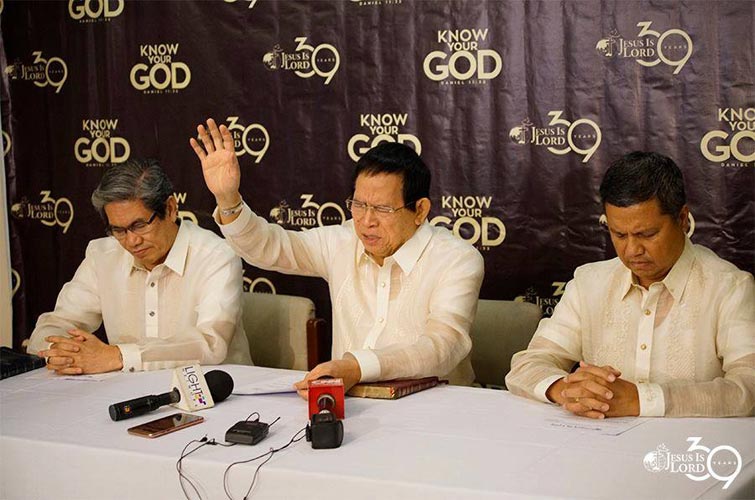 Faithful to the mandate to boldly uphold the Lord’s agenda for the nation, Bro. Eddie Villanueva of the Jesus Is Lord (JIL) Church Worldwide revealed that a coalition of Christian churches in the Philippines offered President Rodrigo Duterte’s administration concrete programs centered on the rehabilitation and recovery of drug dependents. But there is no offer-taker from offices under the Office of the President.

Bro. Eddie stressed that as Christians, we have a moral obligation to be involved with pressing issues of the nation, including controversies involving the President who still maintains a popular support.

“We must apply wisdom and the Scripture in our conduct not only as Christians, but as citizens of our beloved Philippines,” Bro. Eddie said.

He also emphasized that while people are commanded by God to submit to God-ordained authority, based on Romans 13:1, if the authority becomes wicked like King Saul, God may reject and remove him, just as the account in 1 Samuel 15.

Bro. Eddie also quoted God’s Word on Ezekiel 22:13 “I will surely strike my hands together at the unjust gain you have made and at the blood you have shed in your midst” and Psalm 89:14 “Righteousness and Justice are the foundations of God’s throne.”