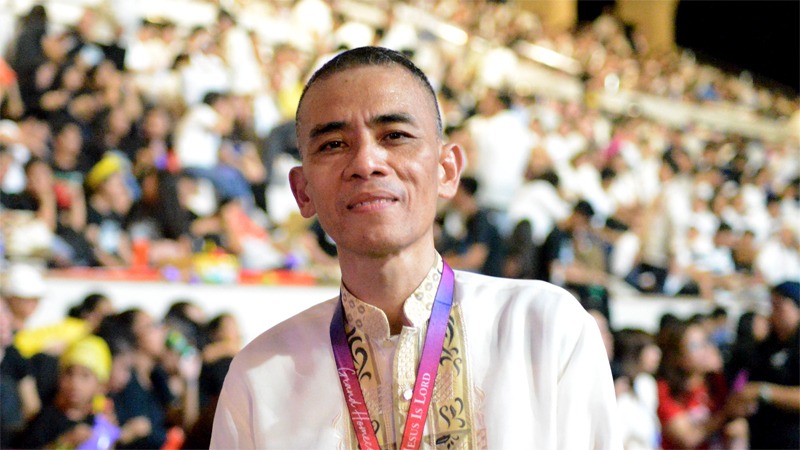 It’s hard to lose your family. It’s like losing the reason why you’re still alive. It’s like you have become a dead man alive. Pastor Roque Peñalosa went through this experience, but why is he still here fighting? How did he overcome this moment of depression?

Ormoc City, Leyte – Pastor Roque’s hometown – was hit by a strong typhoon in 1991. It was the first time that their area witnessed and experienced such devastating flash floods due to heavy rains. Dead people were everywhere. Wailing rang across the land. Pastor Roque’s immediate family members were among the casualties: Both his parents, two sisters, and a brother.

Days later, stories of those who survived the flash floods were not encouraging at all. The flood waters tossed them anywhere. Floating materials bruised, or worse, cut their skin. The storm was just too strong and the flood waters, obviously overwhelming.

Pastor Roque survived, but as days passed, he began to question in his heart why his family died. Depression hit him badly and wondered why God kept him alive. But he fought this thought by praying to God for him to keep his faith. He was already a pastor by then and he also held tightly to the Word of God he was preaching.

Before he surrendered his life to the Lord Jesus, he had wanted to die and was in fact planning to stage a suicide.

But indeed, God has His reasons why He kept Pastor Roque alive! Even then, God had stopped him from suicide. On the day he intended to kill himself, someone came over to invite him to the Sunday worship service of the Jesus Is Lord (JIL) Church. He accepted the invitation, went to church, and for the first time, heard the Gospel of Jesus.

Understanding and feeling the love and embrace of God that day, He then accepted Jesus in his heart as Lord and Savior – without hesitation. Then and there, he got back his reason to live.

He became thankful to God for always saving him from destruction, even death. God had been so gracious to him and so he realized that if in the low points of his life, God always rescued him, why not dedicate his life to his Savior? He decided to serve the Lord under the banner of JIL.

“The LORD has sworn and will not change his mind: ‘You are a priest forever, in the order of Melchizedek’” from Psalm 110:4 became God’s rhema Word for him to finally yield to his calling as a pastor. He never looked back from then on. He served God by ministering to the wounded and lost souls – the ones who were like him before he heard the Gospel. Pastor Roque is now the Regional Pastor of JIL Region 8 in Leyte. He says that this is all by the grace of God.

From his painful past which made him feel empty, God made him realize that he is alive for His purposes. The once lonely Pastor Roque is now a joyful, humble man of God. He is being used in marvelous ways in spreading the Gospel of the Lord Jesus. He finds his happiness in seeing people being transformed by God. In the ministry, he has encountered people who were once adulterer, drug addict, criminal, who then turned into a worship leader, minister, and pastor even. This gives him contentment and reason to continue his passion in serving the Lord.

Gratitude for his family

Pastor Roque is grateful to JIL as it became a family to him after he had lost his own in the 1991 tragedy. He had always felt that the JIL Church accepted him and gave him a place he could call home.

He described the JIL Family as a place where people respect one another, love one another and care for one another. And now that JIL is in its 40th year, God’s revelation is no other than to support Bro. Eddie Villanueva, a true man of God, in all that God will tell him to do. He is here to support his God-given family.