Also part of the celebration was the presentation of JIL Calamba’s history. Founded in 1986, its history is replete with milestones that demonstrate how the Lord has faithfully blessed and enlarged His ministry in Calamba City. From this city, the JIL Church is continuously expanding to nearby towns. Then, with a common purpose of giving God greater honor, JIL Calamba challenged its leaders, workers and congregation to join God’s mighty army in the city.

“Give honor to whom honor is due. First and foremost, we must remember that God deserves the greater honor,” emphasized Bro. Eddie.

From Hebrews 3:3, Bro. Eddie talked about the honor that the Lord Jesus Christ deserves, that it must be greater than anyone’s. Jesus, who is a Co-Creator of the heavens and the earth, abandoned His Kingship and profoundly offered His Life to relentlessly follow the will of the Father. His passion to fulfil the will of God truly brought God greater glory and honor, Bro. Eddie further said.

He also gave the example of Moses’ life on how to live in order to honor God. In Moses’s excellent example of self-abnegation, he chose to endure disgrace for the sake of God. (Hebrews 11:24-26)

The celebration was led by Rev. Virgie Hernandez, Church Pastor of JIL Calamba and concurrent Director of the Central Operations of the JIL Church Worldwide. Central Operations cover Metro Manila and the nearby provinces of Rizal, Cavite, Laguna and Bulacan. Pastors from other Christian churches in Laguna also joined in the celebration. 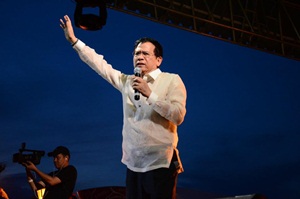 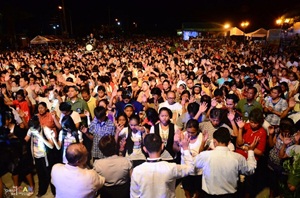 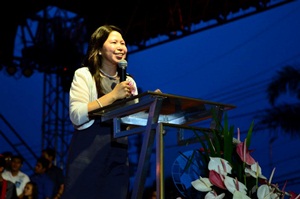