With the never-ending list of needs and the ever-growing price of goods, plus the barely increasing salaries and the likely diminishing sources of income, we sure experience shortage—of money, food, water, even of sleep, health, sanitation, and safety—whether we be unemployed, employees, or employers.

But these endless, countless shortages ‘fall short’ when we set them against a sixteen-word sentence found in Philippians 4:19: “And my God will meet all your needs according to his glorious riches in Christ Jesus.”

As simple as that, and all our worries dissolve. Why? Because these sixteen words had been etched to our hearts—more through experience than through memorization.

Abraham sure would agree on that. He experienced it foremost, and most palpably. In fact, it is in his chapter that God introduced Himself as the Great Provider:

“Abraham looked up and there in a thicket he saw a ram caught by its thorns. He went over and took the ram and sacrificed it as a burnt offering instead of his son. So Abraham called that place The Lord Will Provide. And to this day it is said, ‘On the mountain of the Lord it will be provided.’” (Genesis 22:13-14, emphasis added)

Based on Abraham’s experience, we can learn that:

God’s provisions abound in times of need. With his son, Isaac, bound and laid atop the altar, and with the knife already in his own hands, Abraham was a man who was in dire need—of an interruption, a substitute, a miracle, or all three. Because, simply, he needed Isaac. Alive. Then, just at that very moment, a voice called, “Do not lay a hand on the boy.” Abraham must have sighed deeply. Help has come.

God’s provisions abound in times of impossibility. But still, a sacrifice had to be made. But who? Or what? They were up on the mountain and there was no one besides them. Then, “Abraham looked up and there in a thicket he saw a ram caught by its thorns.” He need not search, need not sweat. A sacrifice had been delivered right into his hands.

God’s provisions abound in times of obedience. Abraham only wanted Isaac alive. He got that, yes. But he also got much, much more: “…because you have done this and have not withheld your son, your only son, I will surely bless you and make your descendants as numerous as the stars in the sky and as the sand on the seashore.” Simply because he obeyed God’s command.

What is it that you need today? Payment for your children’s tuition fee? For the electric bill and water bill and internet bill? For the house loan and car loan and salary loan? Or do you need rest from a stressful workplace? Peace from a troubled home? Healing from a terminal disease?

As God did to Abraham, He will provide for you—no matter how hopeless or impossible the situation may seem to you. Just do not forget the four-word key to unlock the sixteen-word promise. 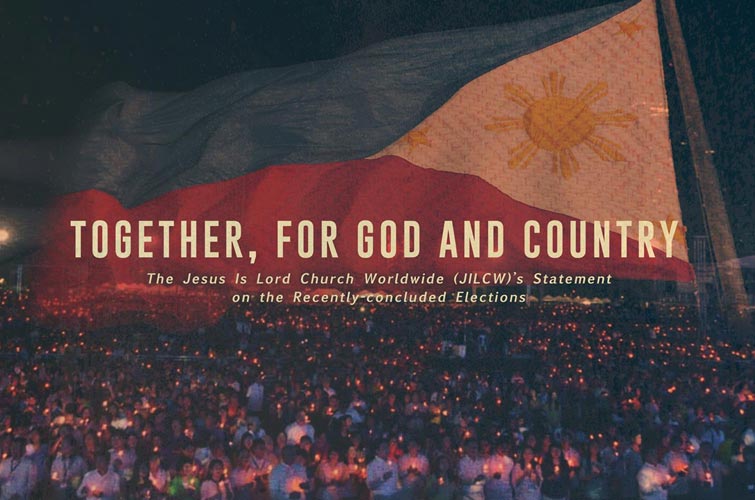