Even though I walk through the valley of the shadow of death, I will fear no evil, for you are with me; your rod and your staff, they comfort me. (Psalm 23:4)

Through all of the chaos and calamities and disasters and crimes and wars, the prevailing message is: “It’s a scary world.”

But if we would listen more closely, there is one voice that pierces through the noise, saying, “Fear not.”

Fear not, because God is. Sovereign. Powerful. Loving. He is peace. 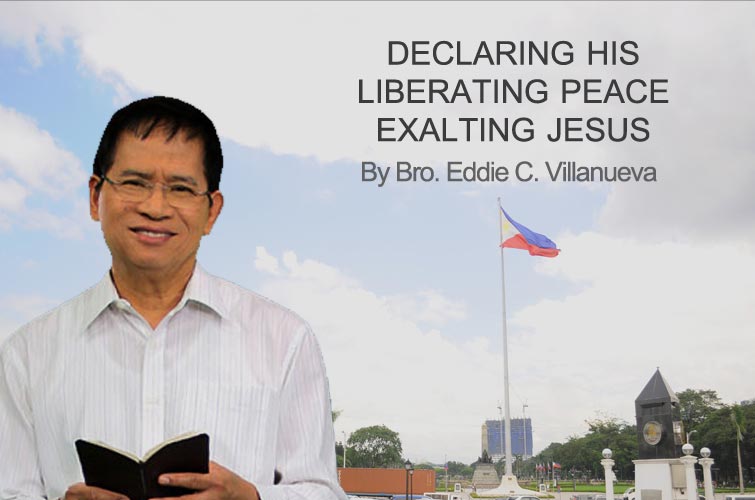 The whole world is in chaos. The Global Peace Index of 2016 tells us that terrorism is at an all-time high, battle deaths from conflict are at a 25-year high, and the number of refugees and displaced people are at a 60-year high.

As if those were not enough to confound us, we even have our share of personal worries and stresses—passing the midterm exam, paying the next bill, waiting for the medical test result, or fixing a shattered relationship. No wonder that, in the US alone, anxiety disorders afflict almost forty million adults (National Institute of Mental Health). All over the world, on average, one person commits suicide every forty seconds (World Health Organization).

With everything happening in and around us, peace has become a most sought-after commodity. Look at what happened to two World War II soldiers who were found in Mindanao’s mountains. The horrors of war caused them to retreat and hide there… for 60 years. Had they not been found in 2005, they would not have known that the war has long ended—and their hiding, futile!

Now, beloved people of God, the world’s terrors and our heart’s troubles are indeed overwhelming, so it is but normal to feel fear. In fact, fear is a perfectly natural reaction during unnatural events. BUT when fear begins to stifle us, begins to rob us our life, then it becomes wrong. Think of the 60 years the two soldiers wasted. 60 years of isolation, of unrest, of not being.

Do you have any worries today that cause you to hide? To run? I say DO NOT let any tumult or disturbance shackle you. Because while tribulations are sure, there is Someone who is surer. Someone who remains the same even through this ever-changing world. Someone who is fighting with and for us. Someone who promised to never leave us nor forsake us. Someone who gave up His all—His life—to free us from all adversities: our Lord Jesus Christ.

He defeated the greatest affliction in all universe. Yes, that which is crueler than a terrorist attack, severer than a nuclear war threat, and graver than a worldwide pandemic: sin. Through His crucifixion and resurrection, He slayed it and freed us from all its oppressive chains.

If He was able to do that, is there anything that He could not do? Call to mind all the worst possible scenarios that could ever happen in this world. Combine them all and even then, our God WILL still emerge victorious. And because He has won over sin and all of life’s sorrows, so can we:

May you find comfort in this, that you may have a peace-filled life.