A Testimony by Sis. Gi Laurel-Emas 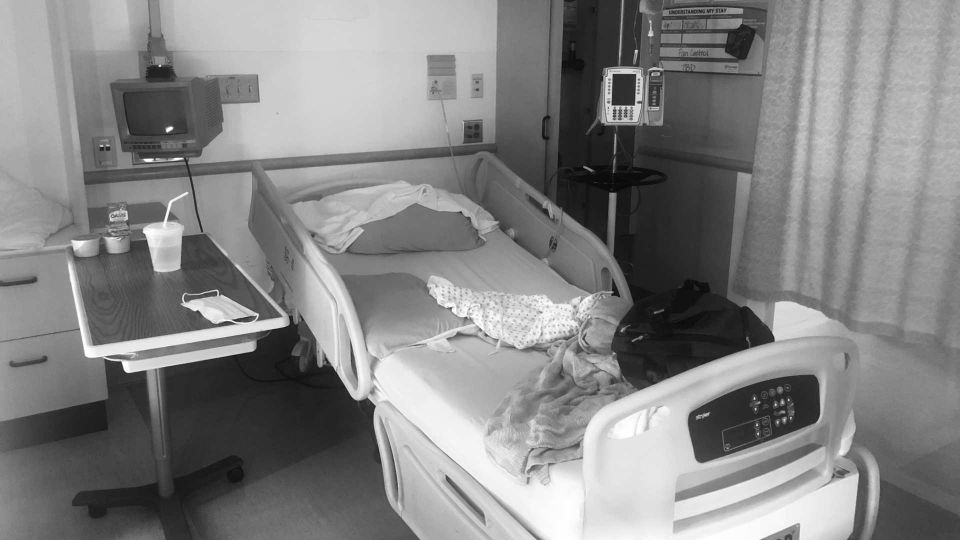 Karlo and I have been married for eight years. We have made a conscious decision to wait to have children because of what was happening in the different aspects of our lives for the past seven years. But finally, last summer, after much prayer, we decided to start trying to conceive. After some months, I finally had a positive pregnancy test. That was in March, and we were so happy and thankful to the Lord.

The scheme of the enemy 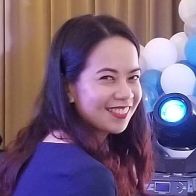 On my sixth week of my pregnancy, my first ultrasound didn’t show any gestational sac. Our family doctor said that it might be because I was still in the early stage of pregnancy, so I didn’t worry much.

But at the same time, the ultrasound showed bilateral dermoid ovarian cysts—four inches of cysts on both my ovaries. This meant that I was at risk for having twisted ovaries or ruptured cysts, which would both require emergency surgery.

After two weeks, I had a bleeding. I was passing huge clots. I was brought to the ER, while Karlo couldn’t stay with me. No visitors were allowed due to Covid-19. I just kept on praying and praying.

“There is no sign of pregnancy.” That was the result of the ultrasound. I had a complete miscarriage. I was devastated. I hugged Karlo when we got home and just cried for the rest of the night. He was trying to comfort me and to keep my spirits up. He prayed for me—for us. For several nights, I cried myself to sleep.

Around four weeks after the bleeding, I was still having symptoms: nausea, on and off pelvic pain, fatigue, and bloating, so my family doctor ordered some tests. 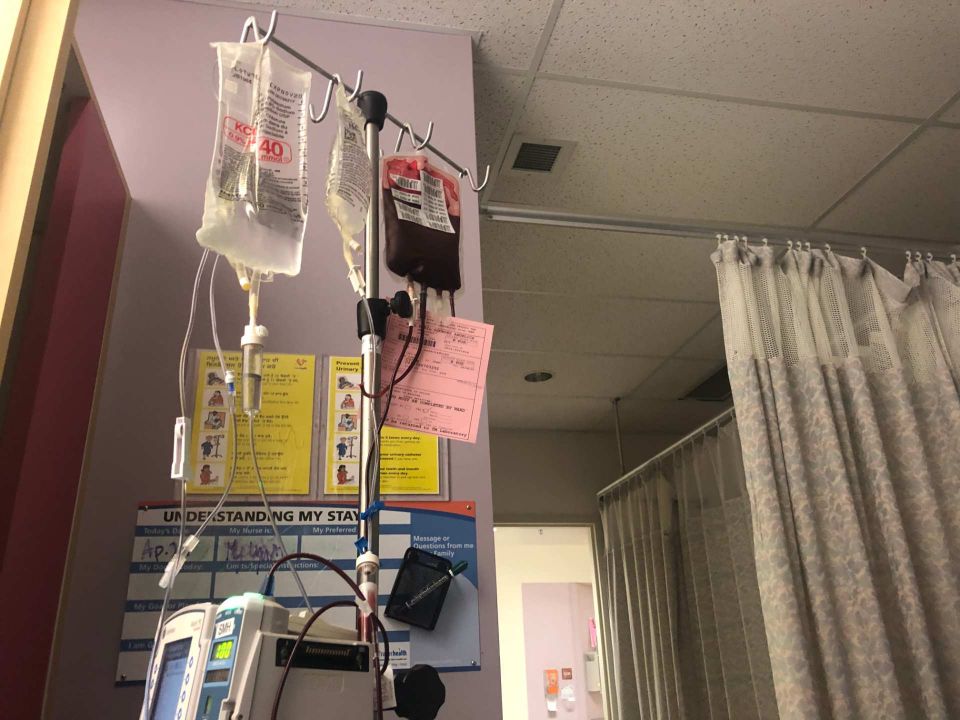 The day before having my the tests done, there was another unfortunate incident. Karlo had a bad nasal congestion. He was having a hard time breathing and swallowing, so I decided to bring him to the ER just to be safe because he has an underlying medical condition. Praise God! Karlo tested negative for COVID-19.

Then, on Sunday morning, I woke up at around 7:30am with an urge to pee. When I got up, I felt a little dizzy. But as soon as I sat down to try to lie down again, I felt a sudden severe pelvic pain that radiated throughout my upper body and to my head. I tried to get up to shake it off, but I got very dizzy—almost close to fainting. We called 911 and we arrived at the ER around 8am. Visitors were still not allowed. I was to face this ordeal alone.

Several tests were done. My pregnancy hormones were very elevated and the CT scan revealed that I was having internal bleeding from a ruptured right fallopian tube due to an ectopic pregnancy. I needed an emergency surgery.

As I was getting transported to the operating room, I started to have bargaining thoughts with God. ‘I’ll settle for the laparotomy just to have my cysts removed now, for as long as a part of my ovaries will be left to give me a glimmer of hope of bearing a child in the future.’

Before they started putting on the general anesthesia, I just prayed to God for His will to be done, to be in control of the surgery since He knows what’s best for me. I whispered with all my heart, ‘I surrender it all to You. In Jesus’ name.’ Just about five seconds of administering the anesthetic, I was out.

After the surgery, while trying to endure the pain from the inside and from the surgical keyhole incisions, other things came up. Due to severe internal bleeding, I lost almost 1.5 litres of blood. My hemoglobin dropped after the surgery and continued to drop over the next two days. On the second day, I continued to have low blood pressure and developed new symptoms that posed the risk of organ failure if not treated immediately. My surgeon decided that I needed blood transfusion. 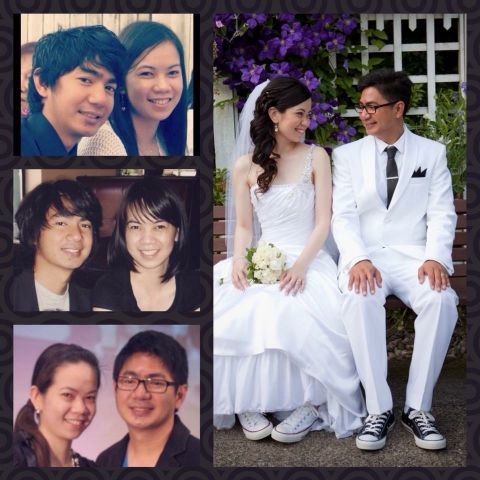 In addition to my low hemoglobin situation, I also couldn’t pee on my own during those two days. The pain was so severe. As a short-term solution, a catheter was put on me again. Finally, on the second day, I was able to pee. But because of those two days, I developed a bladder infection. I was put on antibiotics to treat the infection.

My throat also started to feel sore from being intubated during the surgery. I would wake up in the middle of the night with a dry throat feeling a scratch and making me cough almost uncontrollably, causing painful pressure on my incisions.

The grace of the Lord

While I had to deal with complications after my surgery, the surgery itself was a great success. God gave me a compassionate surgeon—someone who didn’t see me as just another ER patient, but as a person, a woman, and a future mother. She had the technical skills to be able to operate on me by laparoscopy (surgical keyhole incisions) instead of laparotomy (long surgical incision) despite my complicated situation. She said she almost switched to laparotomy because there was hardly any space to move around because my cysts were so big, but she persevered for a somehow easier recovery for me.

She was able to remove the ectopic pregnancy and the ruptured right fallopian tube. Moreover, she removed both cysts and was able to save my ovaries. God is so good! I truly believe that God was guiding my surgeon, the anesthesiologist, and the ER nurses. I am also thankful that all the hospital staff I encountered in this journey were all truly caring and compassionate.

Being at the hospital alone during this whole ordeal was very tough. I wouldn’t deny that it was starting to take a toll on me mentally and emotionally. I was getting overwhelmed with emotions, fighting not to get depressed. I was alone at the hospital and longing to at least hold Karlo’s hand for some comfort but couldn’t because of COVID-19 protocols.

I continued to pray. I listened to God’s Word and to worship songs. I texted people to pray for me. I decided for my room not to be a hospital room but a prayer room, and my bed to be a battle bed. It was a fight declaring that God already won the battle for me. The six days at the hospital was my precious time with the Lord. It was Him who carried me through. I believe He is just preparing the best for our future family.

My surgeon herself said that I was a mess… my situation was a mess when I came to the hospital. She further said that she didn’t know how I was able to endure such severe pain. Even with medicines stronger than morphine, I was still in a lot of pain. As cliche as it may sound, but my mess became a message of hope and faith for His glory.

Truly, we can do all things through Christ who strengthens us (Philippians 4:13). He is always with us, and will never leave or forsake us (Deuteronomy 31:8). And He definitely knows what is best for us and He has only the best intentions, even though sometimes we do not see it (Jeremiah 29:11). 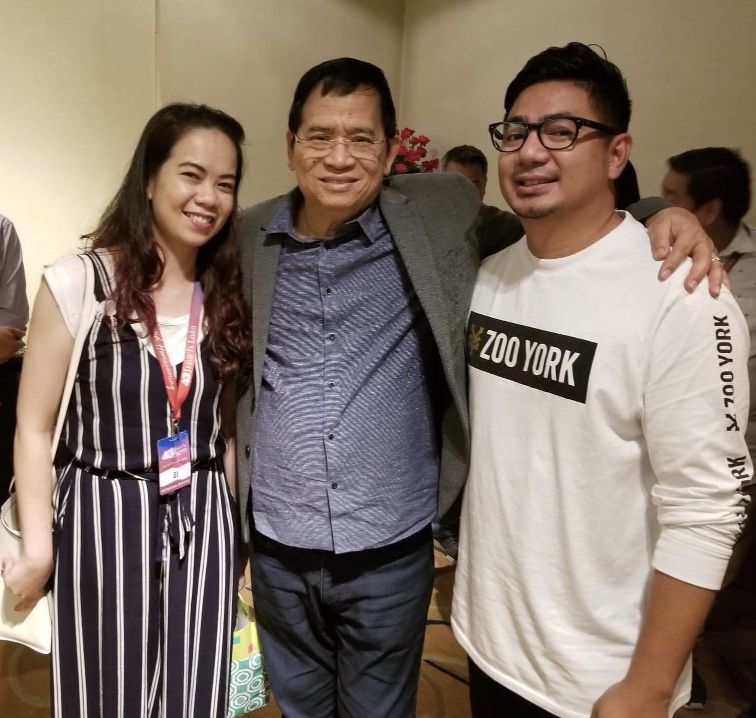 As I look back, I don’t believe that it was just a coincidence that I celebrated my birthday (April 14) in between the bleeding (March 29) and the ruptured ectopic pregnancy (April 26). Both incidents happened on a Sunday and I believe that it all has a deeper meaning: Karlo and I have been praying for a miracle of life. I received the miracle not in the way I wanted, but definitely the way I needed. The miracle of life… my life. My miracle, my life.

I am home now and on the journey to recovery. I declare that by His stripes, I am healed (Isaiah 53:5).

“For I am confident of this very thing, that He who began a good work in you will perfect it until the day of Christ Jesus.” (Philippians 1:6, NASB)

“And we know that for those who love God all things work together for good, for those who are called according to his purpose.” (Romans 8:28, ESV)

Sis. Gi Laurel-Emas is a fulltime staff of the JIL Church Worldwide. She is currently the Administrative Officer of JIL Canada West while her husband, Bro. Karlo Emas, is the MAN Head of JIL Vancouver. They are also both serving as life group leaders for young couples in JIL Vancouver.