Imagine: You are 15 years old, and living just like any other teen-ager. You have school, you have friends, you have dreams. You dream that 10 years from now, you are already a doctor or a lawyer or a teacher. You think of your family and it drives you all the more to pursue your ambitions. And imagine the unbelief and pain when your normal life was disturbed by one visit to the hospital where the doctors proclaimed, “You have cancer.”

This is the story of Sis. Jeshua Marey Dela Cruz of the Jesus is Lord (JIL) Church San Quintin, Pangasinan Chapter. At 15 years old, she was diagnosed with papillary carcinoma, commonly known as thyroid cancer. 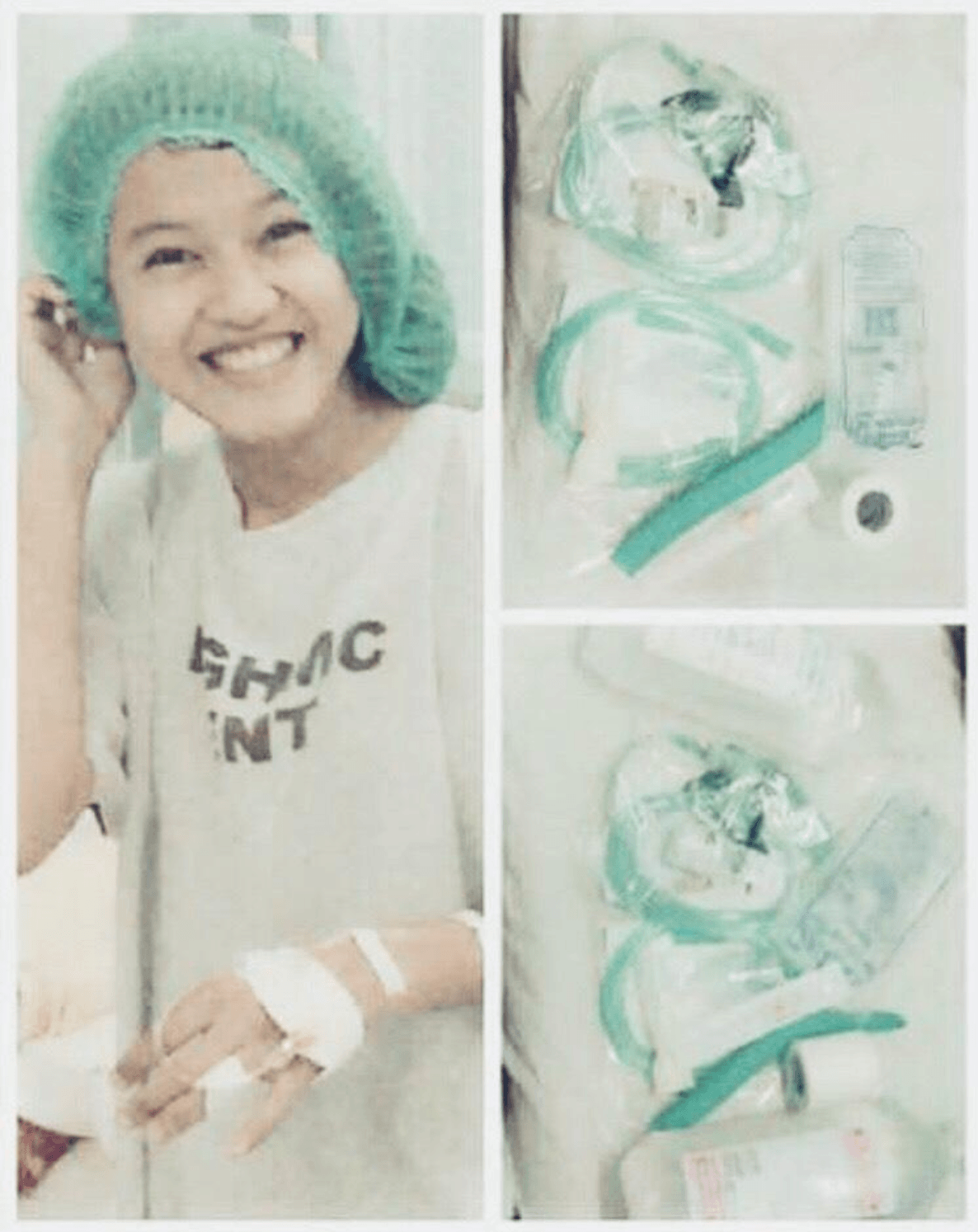 At first, she just had a visible lump in her neck that everybody thought as goiter. But when her father got home from overseas work in 2012, the family decided to bring her to the hospital for a checkup.

She had to undergo a biopsy, and soon the doctors were informing them that the lump in her neck was not a simple one, as it was cancer. They suggested a procedure to remove ¾ of her thyroid. When they asked for a second opinion from another hospital, the recommended procedure was the same.

Sis. Jesh felt as if her bright future was stolen from her. Her heart was broken and her hope vanished. Fear started to take over her and she began to question the Lord, “Why me, Lord? Why now? (Bakit ako, Lord? Bakit ngayon pa?)”

Sis. Jesh could not accept yet that she had cancer. She did not know how to handle such a dreadful situation at her very young age. So, her parents helped her. They lovingly encouraged her and prayed for her. She never heard her family claim that she had cancer because as Christians, they believed that God is way bigger than her sickness and, by faith, Sis. Jesh was already healed.

On the day of her surgery in August 2012, Sis. Jesh chose to fight the good fight of faith and entrusted her whole life to the Lord. That was the moment that she felt the bravest. With her family praying for her and her JIL San Quintin family interceding for her, she knew she was ready.

The surgery finally began. It lasted for seven hours. Perhaps it was the longest seven hours for Sis. Jesh and her family. But the Lord was indeed faithful. Sis. Jesh woke up full of life. That moment, tears instantly fell down her eyes. Her heart was full of joy and gratefulness for what the Lord has done in her life. True enough, God never fails His children.

After Sis. Jesh’s surgery, she realized how important life was. She started to appreciate everything in her life, no matter how small or big it was. She felt blessed for the second chance God had given her.

After her recovery period, Sis. Jesh decided to go back to school, at the Central Luzon State University (CLSU,) and continued to pursue her degree in Bachelor of Science in Information Technology. She studied hard and always did her best because she did not want to waste her second chance in life. And at the same time, she was a servant of the Lord in the Multimedia Arts Network (MAN).

Before she even knew it, she was already back in living her normal life. Her surgery wound healed and it’s just a scar in her neck—a symbol that she went through terrible pain but now it’s all in the past. God restored her emotionally and now, she felt stronger than before.

Four years later, after Sis. Jesh graduated and was hired at a company in Makati, she observed tremendous changes in her body–weight, bowel movement, and menstruation. She even experienced panic attacks and hormonal imbalance. This was the result of her almost complete thyroid removal.

When she went for a checkup, the doctors suggested that she undergo a whole-body scan to see if there were cancer cells that developed in other parts of her body. Negativity started to settle in her mind.

But because of the encouragement brought by God through her family and churchmates, she had a renewed perspective and she remained in the mindset that Jesus Christ had already healed her 2,000 years ago at the Cross.

Praise be to God because the result of her whole-body scan was negative from cancer cells!

She is now taking maintenance medicine to supplement iodine in her body and she is back to her normal life. Sis. Jesh is currently working in one of the best hospitals in the Philippines as a Developer. Truly, God is good.

Throughout Sis. Jesh’s battle against cancer, she was inspired by the story of the bleeding woman in Matthew 9:20-22: 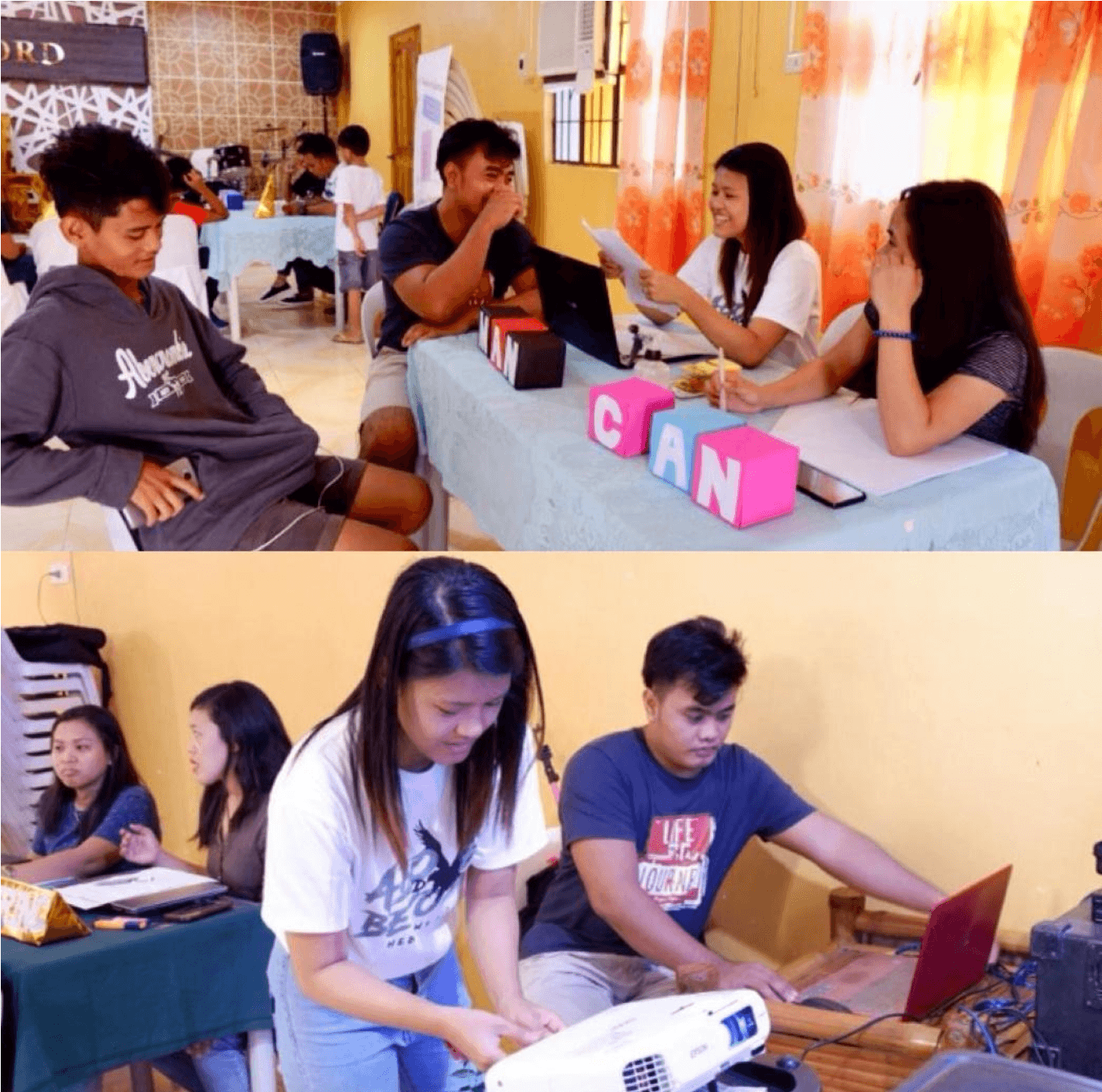 “Just then a woman who had been subject to bleeding for twelve years came up behind him and touched the edge of his cloak. She said to herself, ‘If I only touch his cloak, I will be healed.’ Jesus turned and saw her. ‘Take heart, daughter,’ he said, ‘your faith has healed you.’ And the woman was healed at that moment.” 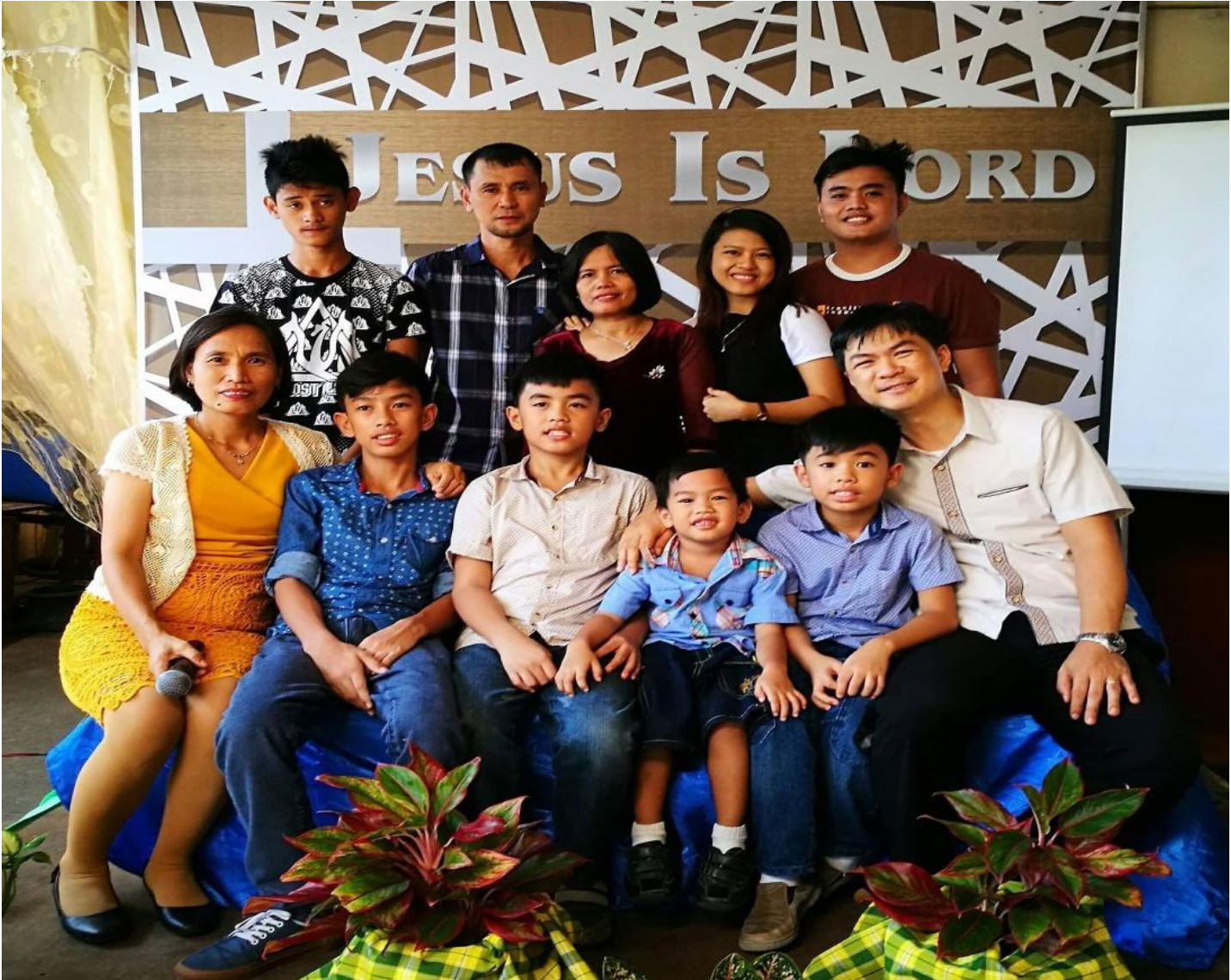 This verse increased her faith and made her more courageous. She said that if God can do miraculous things in the Bible during the ancient times, He can do it again in her situation. And indeed, God healed her.

Hence the verse in Isaiah 53:5, “But he was pierced for our transgressions, he was crushed for our iniquities; the punishment that brought us peace was on him, and by his wounds we are healed.”

Sis. Jesh believed that Jesus had already won over all sicknesses and diseases at the Cross. She was restored spiritually.

Healed for a reason

Sis. Jesh believes that the miracle of healing she received has a purpose. She is grateful for what God has done in her life, for it serves a way for her to bless her family and her church in San Quintin, Pangasinan.

And to all JIL people who can relate to her story, Sis. Jesh has this to say:

Do not give up. The Lord is teaching us how to depend on Him and His Word. He wants us to develop a child-like faith. Aside from that, remember that your family, JIL family, friends, and most especially, God will always be there for you. If you are in the Lord, you are forever safe. Keep on fighting! (Huwag kang susuko. Tinuturuan tayo ng Diyos na dumepende sa Kanya at sa mga salita Niya. Gusto Niyang magkaroon tayo ng child-like faith sa atin. Bukod pa roon, nariyan din ang pamilya mo, ang JIL family, mga kaibigan at higit sa lahat, ang Diyos na kasa-kasama mo palagi. Hanggat nasa Panginoon ka, hindi ka mapapahamak. Laban pa!)” – Julia Ramos 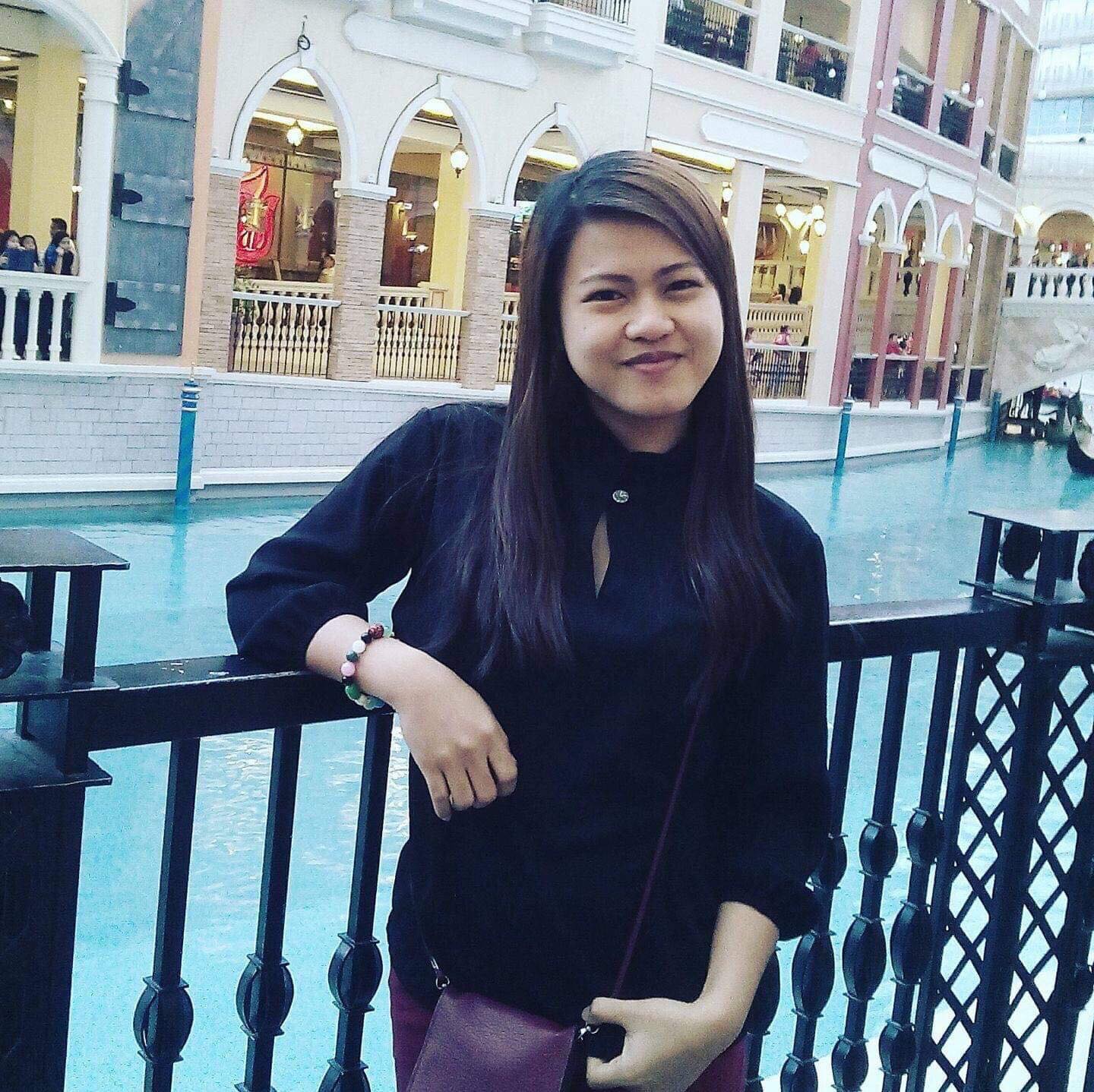