From the wailing sirens of ambulances to the wailing of grieving families, these are what we have been hearing more frequently. In this COVID-19-stricken era, more and more lives are being affected. But during this unwanted dark phase, we also see God’s light shining through.

Ptr. Nelson Santos of JIL Guiguinto in Bulacan experienced this exact glimmer of hope amid the pandemic. COVID-19 is real
“I did not expect to experience this,” he recalled while citing the symptoms he initially felt during the first week of August. He had cough, colds, and fever. He felt discomfort as he breathed. All these kept him awake at night. But he never thought it was COVID-19.

With the prompting of family and co-church ministers, he finally underwent a home service swab testing. The following day, Ptr. Nelson and his family received the news that he indeed contracted the virus.

The battle begins
Ptr. Nelson’s condition worsened as time passed. “Konting kilos lang, hinihingal ako. Hindi pwedeng wala akong oxygen [support] (Slight movements resulted in shortness of breath. I could not bear it without oxygen [support]),” he said. He stressed the difficulty of his situation, saying that even going to the restroom was a challenge.

However, the battle was not purely physical. Ptr. Nelson recounted the lies injected by the enemy in his mind while going through the low point of this experience. In his mind, he saw death. But he fought the spirit of death and the fear it entailed. 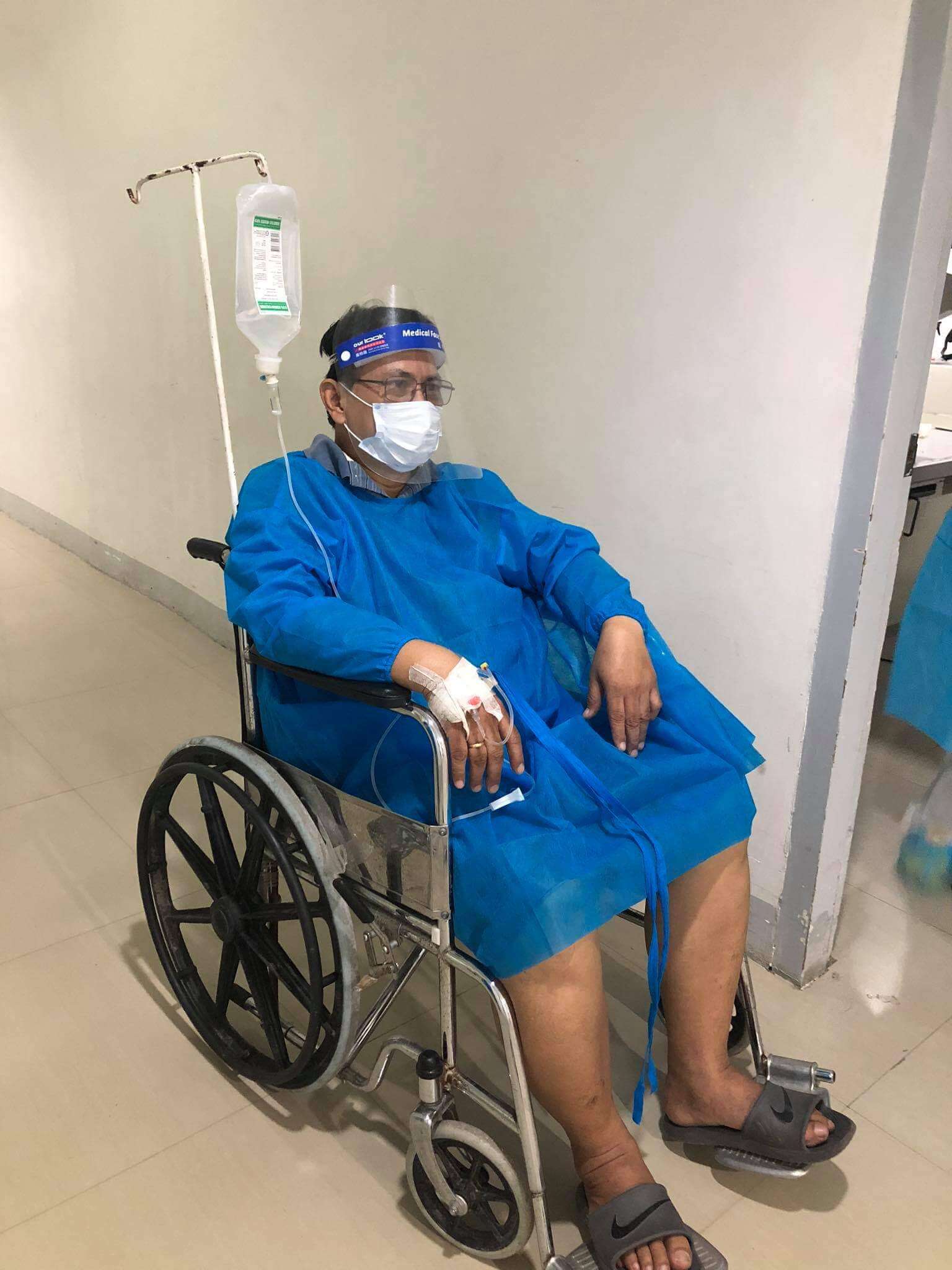 Add to those the challenge resulting from the surge of the Delta variant. Most hospitals were full of patients also seeking medical help. Ptr. Nelson and his family had to wait before they were given entrance to a hospital in Bulacan.

The Holy Spirit’s visitation
Even as he was admitted to a hospital, the battle continued. His condition progressed and he had to be transferred to a more equipped hospital. But the unexpected happened. The scheduled transfer from Bulacan to Metro Manila did not materialize. With questions in his mind, Ptr. Nelson prayed, “Lord, kayo na po ang bahala (Lord, I’m leaving this up to you).”

That night, he had a dream. There was a crowd, and everyone was happy, everyone was smiling at him. This was a stark contrast to his previous dream, which featured a sad crowd.

At around 2:30am on his third day at the hospital, he woke up not wearing his oxygen ventilator and was already feeling better. He said he cannot explain what happened so he tried breathing in and breathing out several times. “Umiiyak ako ‘nong gabi na ‘yon. Binisita ako ng Holy Spirit (I was crying that night. The Holy Spirit visited me.),” Ptr. Nelson recounted. He said the shortness of breath was gone and he was already able to walk and go to the restroom alone.

Ptr. Nelson said this unexplainable modern-day miracle was a confirmation of his declaration to his son. Before being admitted to the hospital, he told his son that he would be away for just three days. “That was my faith. ‘Yon ang pinanghawakan ko (That was what I held onto),” he said. The Holy Spirit’s visitation happened on the third day.

After a few more days of recovery without wearing oxygen support, Ptr. Nelson was discharged from the hospital and is now back to his full health. “Masasabi kong ako ay totally, miraculously ay pinagaling na ng Panginoon. I am healed by the stripes of Jesus Christ for the glory of God (I can say that I am totally, miraculously healed by God.),” he said.

“Malinaw po sa akin na ang kagalingan pong aking natamo ay dahil sa habag at biyaya ng Diyos (It is clear to me that the healing I experienced is because of the grace and mercy of God),” he said.

Gratitude filled the heart of Ptr. Nelson as he mentioned the outpour of spiritual, physical, emotional, and financial support he received from family, friends, and brothers and sisters in the faith. “Maraming, maraming salamat po (Thank you very much)!” 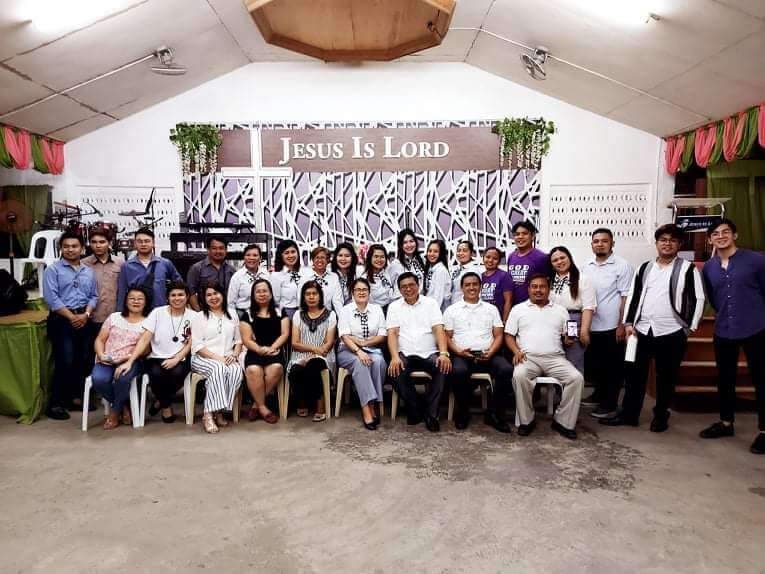 (Photo taken before the pandemic)

Gems gleaned and lessons learned
When asked what kept him strong during the journey, Ptr. Nelson said it was the peace God granted him. He said that before catching the disease, he was always quoting Job 23:10—But he knows the way that I take; when he tested me, I will come forth as gold. “Ipinakita sa akin ng Diyos na test lang yan; pagdadaanan mo lang yan (God showed me that this is just a test; you will just go through this),” he said. According to him, God knows what he was going through.

Ptr. Nelson said his COVID-19 recovery made him more zealous and serious about serving God and living His life for Him. “Hindi ko sasayangin ang aking buhay. Ibibigay ko ang aking lakas at buong buhay upang paglingkuran ang buhay na Diyos dahil ito ay napakahalaga (I won’t waste my life. I will give my strength and whole life to serve the Living God because this is so important),” he said.

According to him, this modern-day healing miracle also helped boost his level of faith.

Finally, Ptr. Nelson said that among the lessons he took from the experience is the importance of health. He said the adage “Health is wealth” is really true, then acknowledged that good health comes from the Creator. Ptr. Nelson added to his list of realizations that a person’s life is so short and can be taken away in an instant.

He also emphasized the importance of undergoing medications. “Ang medical science, gamot, at mga doktor ay ginagamit na instrument ng Diyos upang maranasan po natin ang kagalingan (Medical science, medicine, and doctors are instruments used by God for us to experience healing),” Ptr. Nelson said. He then encouraged believers to undergo check up when they are not feeling well and noted that God is not against medical science.

Pieces of advice
Ptr. Nelson communicated the difficulty of testifying about the goodness of God in this season since not everyone was granted this kind of healing miracle. So, for families whose loved ones already departed due to COVID-19, he left these words from Isaiah 55:8-9:
“For my thoughts are not your thoughts,
neither are your ways my ways,”
declares the Lord.
“As the heavens are higher than the earth,
so are my ways higher than your ways
and my thoughts than your thoughts.”

He then encouraged affected families to keep the faith, continue trusting God, and remain connected to Him. 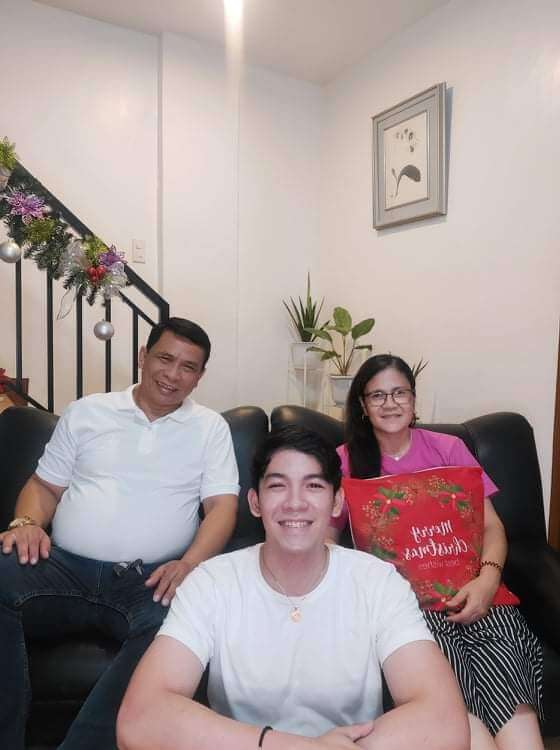 Press on
Wherever you are and whatever situation you and your family are in, may God’s light shine through. Press on and keep the faith even when circumstances suggest otherwise. ###