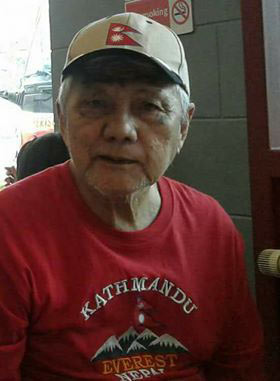 Tatay Rene had been working in Riyadh, Saudi Arabia until his wife was diagnosed with a kidney disease. He was forced to go back to the Philippines to be there for his family at that time of crisis. But when his wife passed away, he had to go abroad again for his children.

According to his eldest daughter, Rose, being overseas did not stop Tatay Rene from being a thoughtful and loving father. For example, when Rose, who had a congenital heart disease, had a surgery, Tatay Rene lovingly sent his concern and care for her regardless of the many miles that separate them. 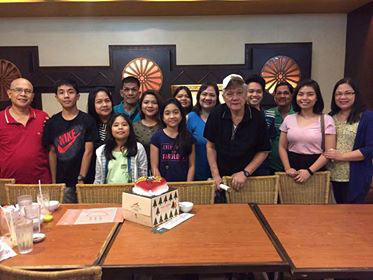 “Kahit malayo ay pinaramdam niya ang concern niya sa akin. Successful ang heart surgery at masayang-masaya kami lalo na si Tatay. Kapag may magkakasakit sa pamilya, siya ay laging nandiyan.” (“Even if he was far, he made me feel his concern. The heart surgery was a success and we were all happy, especially Tatay. Whenever someone in the family is sick, he is always there for us.”)

Also, Tatay Rene would always remember their birthdays and made sure they would have their birthday cakes. Truly, a father’s love is invincible. It can never be torn by sickness, death, or distance.

When all his children finally graduated from college, they asked Tatay Rene to come home, since they knew that their father had already worked hard enough for them.

“Children are a heritage from the LORD, offspring a reward from him. Like arrows in the hands of a warrior are children born in one’s youth. Blessed is the man whose quiver is full of them. They will not be put to shame when they contend with their opponents in court.”

This was one of the principles that Tatay Reynaldo had always held on to in rearing his children. They were his most prized possessions, so he did everything he could for them. 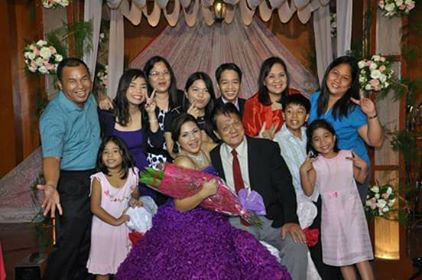 Tatay Rene, who studied until 3rd year high school only, would always tell his children that the only inheritance he could give them was education; not money, not cars, not even a house and lot.

So when his children were still young, he taught them how to read, write, and count. He brought them to school and fetched them afterwards. He attended PTA meetings. He was always there when they needed him. All his children have finished school and are now working. Rose is a certified public accountant and is now working in a bank. The “Honor and Excellence” written on each of his children’s diploma is a proof that his good fathering paid off. His children’s achievements are more than what he could ask for.

But not only that. Aside from education, Tatay Rene had given his children something that they can use forever: good character. Tatay Rene would sometimes spank his children but he would make sure that they understood why they needed correction and discipline. He would patiently explain to them what was wrong with what they did and why it was for their own good that they would be disciplined.

If there are two things that Rose would never forget about his father, they would be his kindness and self-discipline.

Perhaps because of his age, he had a mild stroke in 2014 but he recovered fast. Tatay Rene’s strength and his will to live are still evident and it remains an anchor for his children. And though he is now using a cane to help him walk, he’s still an active attendee in JIL Manggahan’s worship service which faithfully inspires his children to be active in church as well. Tatay Rene may have a difficulty now in hearing but his children are patient with him just as he was patient with them when he was still strong enough to take care of them. 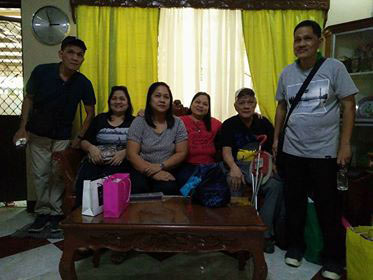 Tatay Rene and his family’s experiences were indeed difficult, but they chose to use them to unite and bring them closer. When Tatay Rene’s wife died, it was as if he was standing on one foot. Yet he managed to bring his children to their successes and to the victory that the Lord had promised. The pain of losing a loved one did not mean starting life over again. For Tatay Rene, it was continuing without the loved one, albeit painfully. 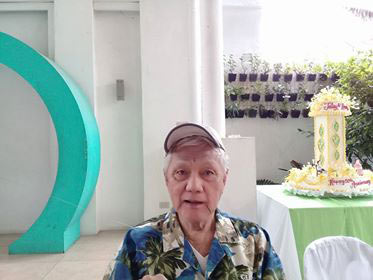 Working overseas is one of the saddest things that could happen to a father. But because of Tatay Rene’s motivation to give his children the best, he endured the loneliness of being away from his family. His strength was in the Lord. His faith that everything would fall into place someday has now been answered by God. This proves that the pain of being away from his family was not something that would break him. Instead, it made him a better father.

Tatay Rene is turning 84 years old on July 19. All the years he has been through for his family—both in bliss and in distress—are worthwhile because his children now lovingly consider him a great father. – Julia Ramos