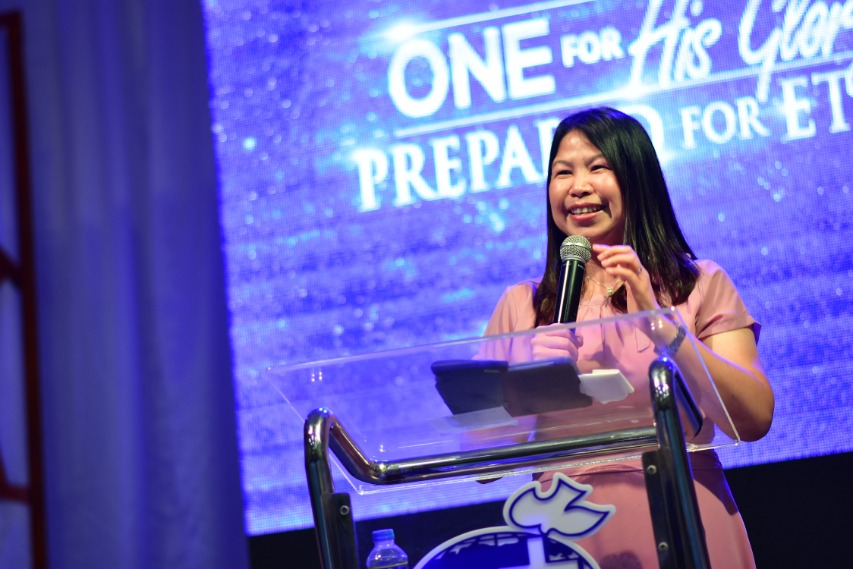 This is how Rev. Virgie Hernandez, Jesus Is Lord Church Worldwide (JILCW) Central Operations Director, glued the anniversary theme during the 33rd thanksgiving celebration of JIL Church Calamba City last Nov. 30, 2020. As declared in Psalm 133:1-3, “how pleasant it is for brethren to dwell together in unity, which runs down from above and descends upon the church, for there the Lord commands the blessing even life forevermore, and that’s eternity.”

Despite the limited seating capacity as adherence to the health and safety protocols, the celebration was attended in-person by hundreds of leaders, workers and congregation while others attended via livestream.

With the theme, “One for His Glory, Prepared for Eternity”, the anniversary celebration highlighted the importance of unity among believers, especially in preparing for the second coming of Jesus Christ and living in eternity with Him. Joining JIL Church Calamba City in their in-person and virtual celebration were churches from JIL Area 24 (Calamba, Los Baños, Bay), where Ptr. Hernandez also serves as Area Pastor.

Senator Joel Villanueva greeted all the JIL Calamba leaders, workers, members, and the Kristiyanong Kabataan para sa Bayan (KKB) with glee, citing their theme verse and commending their unity as they prepare for eternity.

CIBAC Party List Representative Domeng Rivera also gave his warm greetings, praised them for persistent service to God and urged them to keep on serving for this prepares them for eternal life with due rewards from God. 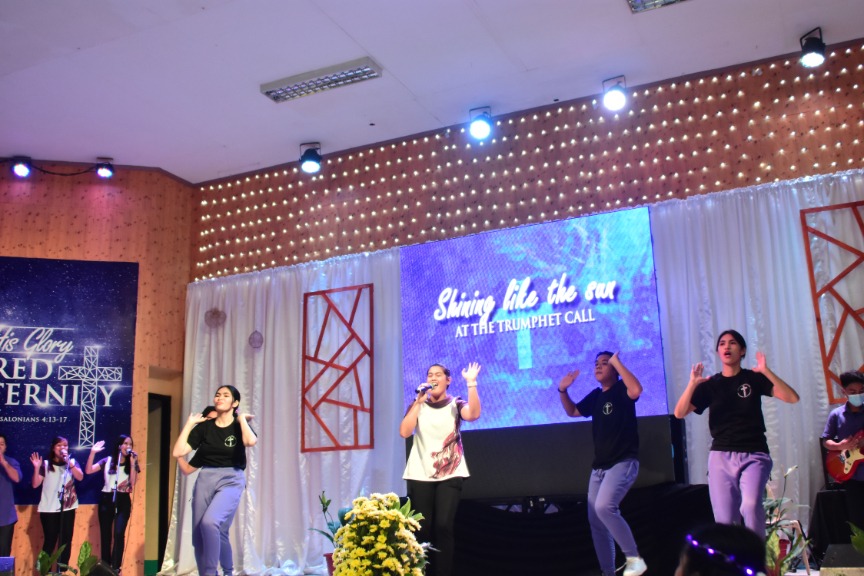 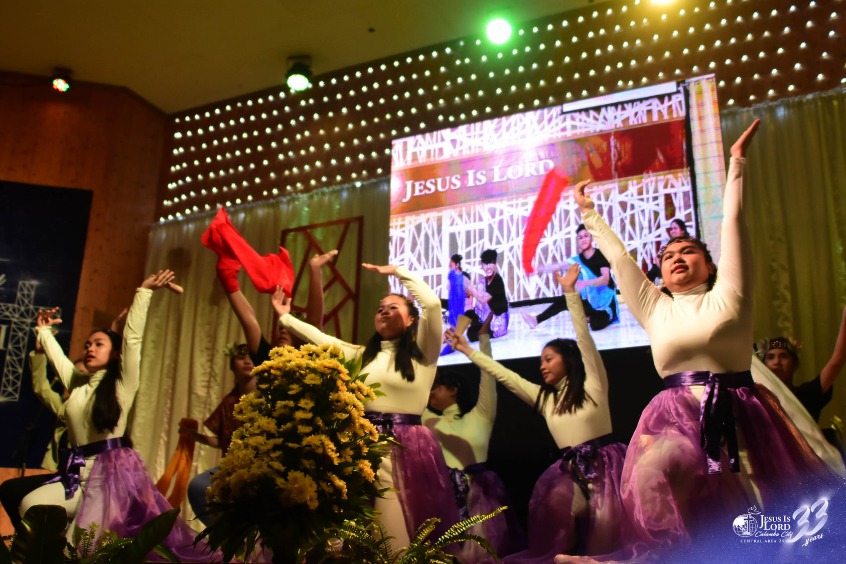 “For JIL Calamba, it means 33 years of God’s goodness, faithfulness, mercy, miracles and reality. This is not just a number but also a story of uncountable works of the Living God that we should not forget and should be thankful for. It also makes us declare that God is not finished yet and that more years are still to come where He will prove that He is alive and real, that He is the God who cares and the God of miracles. Your theme is also commendable for that is our highest goal in life, becoming one for His glory and being prepared for eternity,” he recounted.

The CENOP Director further said that Jesus prayed for all His believers to unite (John 17:20-21) and it apparently shows how important unity is among all the people whom He is calling unto Himself. With that she stressed, “Living together in unity is God-glorifying, and it is appropriate for us as Christians.”

She also said that the prime key for people to have stronger relationships, whether in the family, in the church or in a nation, is that they should let Jesus reign in their hearts.

“Unity does not come from this world. It is God’s gift through the Lord Jesus Christ that we can be united. That is why our efforts are in vain without Him. No one can manufacture genuine unity. God is the author of genuine unity and He is pleased when unity is found among His people. He has put His stamp of approval on it,” Ptr. Virgie emphasized.

She also disclosed that the COVID 19 pandemic is not the worst disaster a man can ever have; it is not having the Lord Jesus Christ in the hearts of men. 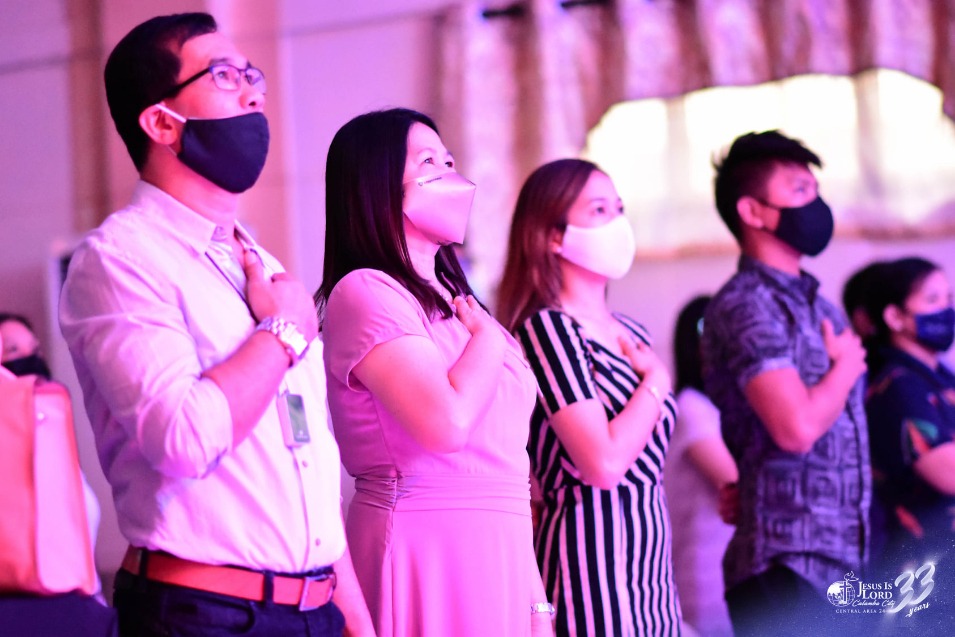 “Ang tunay na disaster ay yung wala si Kristo sa puso mo, sa buhay mo. ‘Yan ang tunay na disaster. But praise God. We become united with Christ by accepting Him in our hearts and we are made new and new life has begun in us as God promised,” the lady pastor averred.

Ptr. Virgie challenged everyone, all the people who attended the event and those who are watching through the live feed on Facebook, to ensure that they have accepted the Lord and Savior Jesus Christ in their lives so they can be assured of the right to become the children of God as promised in John 1:12.

“The reason why we are all excited in attending the Sunday Worship Services is because we will have fellowship with our brothers and sisters in Christ. Hebrews 10:25 is right in saying that in meeting together we must encourage one another especially now that the day of His return is drawing near,” she affirmed.

Ptr. Virgie resolved that whether one belongs to a family, a business, a sports team, or any group, he or she must take to heart that “life is much more pleasant or enjoyable when everyone is getting along.”

Finally, quoting Ephesians 4:2-3, she concluded that in case a relationship is shaky, all must adhere to God’s command to make every effort to maintain unity, that all must make his or her best effort to remain united with everyone, in the family, at home, in the church, even in his or her nation.