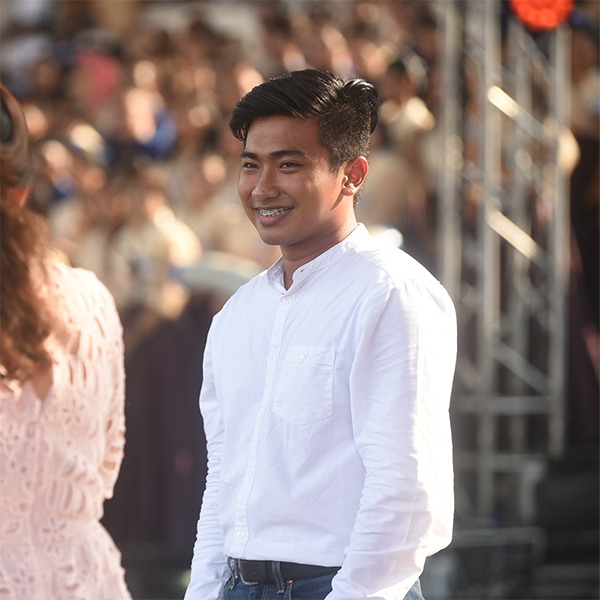 Born and bred inside the Jesus is Lord (JIL) Church Worldwide, JD Cruz was picked among thousands of possible candidates to represent the student and youth sector in JIL’s 40th Anniversary “Grand Homecoming” teaser.

“I didn’t expect to be chosen for the anniversary commercial so it is a great honor for me and my family,” said JD, whose father, Joel, is the head pastor of JIL Guagua in Pampanga under the supervision of Rev. Alex Garcia, Director for National Operations..

Currently taking up his masters degree in Public Administration, the younger Cruz wears many hats inside his local church, such as Life Group and worship leader.

He admitted that the pressures of being a “pastors’ kid” was not easy and for a time, he had serious thoughts of keeping to the “strait and narrow road” when his peers seemingly were having the time of their lives.

If anything, he added, the outstanding lesson he learned from his father and pastor “was the value of a human soul; that all of us should be active in sharing John 3:16 to others. In the light of eternity, noting else matters. ”

Cruz stressed that the grave responsibility of sharing the Good News of Jesus Christ was underscored during the message given by Sen. Joel Villanueva during the recent Youth Summit held at the Cuneta Astrome.

“Sen. Joel was right when he challenged the youth present to be the JIL’s legacy bearers as we mark our 40th Anniversary, ushering in a new generation of leaders who will carry the Gospel message,” he noted. “This is the huge role I and my fellow youth hope to live up to.”

Indeed, for JD Cruz and for legions of millennials like him, proud “legacy bearers” of JIL trailblazers, the worldwide mission of evangelizing and discipling people for the next 40 years and beyond is just beginning. 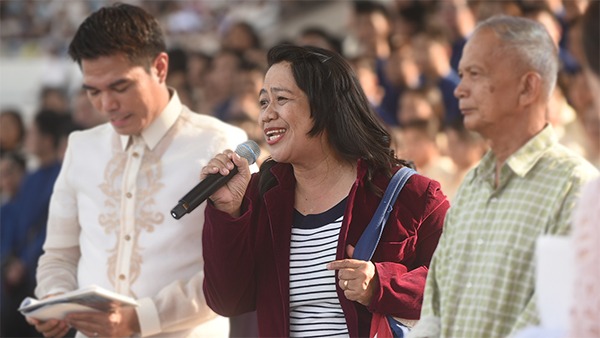 A former overseas Filipino worker (OFW) in Qatar, Sister Rosana Gayas made the bold step nearly two years ago to come home for good and look after her husband and two children.

Although active in her Christian fellowship in the Qatari capital of Doha, Gayas, who was chosen to represent the millions of OFWs in the JIL 40th Anniversary “Grand Homecoming” teaser, decided that caring for her family was far more priceless than the dollars she would earn in that country.

She said she realized that even with all the modern communications technology at hand such as the Internet, texts and mobile phones, nothing could replace the actual presence, nurture and care of a mother in her family’s life.

Gayas admitted that reconnecting with her brood, especially her children, continues to be a challenge.

In these challenges, the ex-OFW was grateful that she has found solid spiritual and moral support in JIL Church Bustos in Bulacan under Ptr. Nancy Teodoro.

She stressed that she has no regrets in leaving Qatar, firmly believing that the same God who provided for her and her family there is the same Jehovah Jireh who will look after them in the country.

While her husband Joel is back to driving trucks locally, Gayas now runs a growing drug store owned by her and her sister.