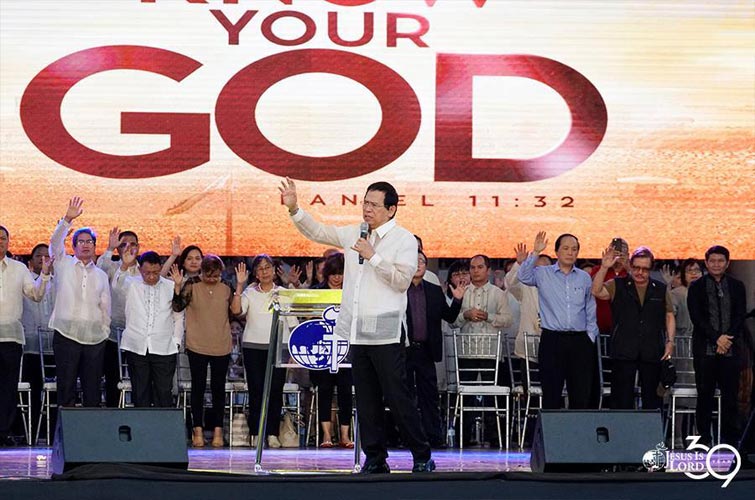 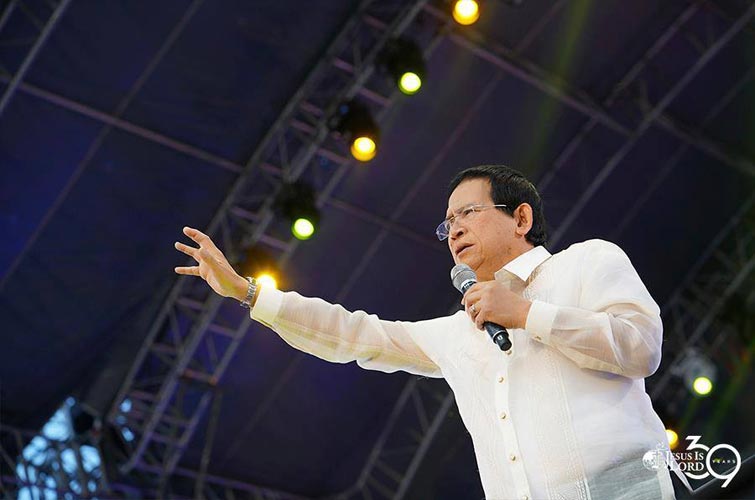 In the face of rising spiritual deception worldwide, people need to personally know the True God.

This was what Bro. Eddie Villanueva drove home in his message during the 39th anniversary thanksgiving of the Jesus is Lord (JIL) Church Worldwide in front of multitudes of JIL pastors and members, and other guests gathered before the Quirino Grandstand at the Rizal Park.

“Many government leaders, spiritual leaders, and even members of the police worldwide are being deceived, so we urgently need to know our God, and His only begotten Son, Jesus Christ,” he stressed.

“So many nations are in complete disorder this why we need to know the True and Living God,” the JIL Spiritual Director declared, referring to the anniversary theme based on Daniel 11: 32, which says “…but the people who know their God shall be strong, and do exploits.” (KJV)

He also recalled one of his major principles in Christian ministry: “The greatest and noblest achievement of a man/woman here on earth is for him/her to be able to know his/her Creator truthfully and personally. To love Him passionately and wholeheartedly, and to serve Him faithfully with integrity and excellence until he/she stands before Him on Judgement Day.”

Near the end of his anniversary message, Bro. Eddie shared an anecdote with then Davao City Mayor and now President Rodrigo Duterte on April 30, 2016 — 10 days before last year’s May 10 presidential election.

“I was asked by then Mayor Duterte to pray for him, and I agreed on the condition that there would be no media around to witness the occasion,” he recalled of the event. “So we went to meet him.”

The JIL spiritual head then led Duterte to a prayer of acceptance of Jesus Christ as his Lord and Savior “and felt compelled to release the kingly anointing by laying hands on him. Ten days later (on May 10) he became our elected president.”

Bro. Eddie then reminded the President of the promise he made to the JIL leader that “he (Duterte) was willing to die for his country,” even as he expressed dismay in the thousands of reported extrajudicial killings in the national government’s all-out crusade against illegal drugs.

He ended his anniversary message by allowing the JIL pastors and workers to minister to the JIL members present during the gathering, closing it with his pastoral prayer and benediction.