Trust in the LORD with all your heart, and do not lean on your own understanding. In all your ways acknowledge him, and he will make straight your paths. (Proverbs 3:5-6)

We all have our goals and dreams, bucket lists and to-do lists, envisioned life and future. Those are well and good, but have we stopped to think if those are what the Lord wants for us?

Before we plan for the year, let us first consider His plans. Because while our plans are good, His are perfect. Besides, none of us has a view of what lies ahead; Jesus does. And not only does He see the future, He holds it. 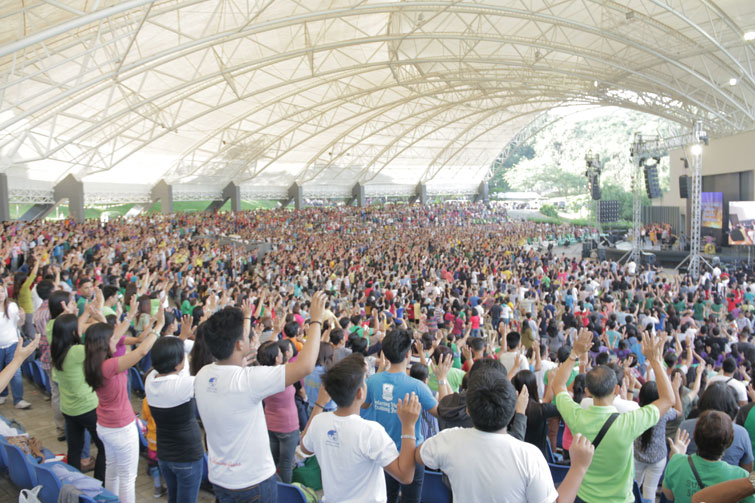 “God will dwarf everything He has done with what He will do in this season of new beginnings.”

That has been the declaration of Jesus Is Lord (JIL) Church Worldwide President and Spiritual Director Bishop Bro. Eddie C. Villanueva since JIL’s 38th anniversary celebration last October 2016. And he is right, because God has already started doing just that.

Last January 14, over 8,000 JIL pastors, leaders and workers who attended the Vision Casting in Camp Praise Valley, Norzagaray, Bulacan experienced the palpable presence of the Living God. Both lively and heart-felt songs were offered unto God, bringing the delegates jumping to their feet and, even, down on their knees.

Camp Praise Valley, which is one of the “golden places” of JIL Church’s formative years according to Bro. Eddie, will once again be opened for the training of faithful and committed pastors and leaders of JIL Church. Now renovated and given a modern look, Bro. Eddie envisions it to be also an international training center, where leaders from all over the globe could be equipped and empowered.

In conjunction with that, the Administration Building, Camp Praise Valley’s very first building, was dedicated that day. The building was named after Engr. Jun Manzano, a respected and trailblazer structural engineer who “served JIL significantly… without fanfare,” Bro. Eddie said.

The event was also peppered with testimonies of JIL pastors and leaders like Rev. Alex Garcia, Rev. Virgie Hernandez, and Sis. Menchie Tobias, to name a few.

With all the wonderful things God has done during the Vision Casting, Sis. Dory Villanueva, JIL Church’s Vice President, admonished the delegates, “The vision has to be kept in prayer.”

Because as God is indeed creating a new wave of His blessings and anointing for the JIL Church, so must JIL people remain steadfast in Him.